Can’t decide if you want to spend your money on a phone or a tablet? The Asus Fonepad makes the point moot, because it’s both. It looks like a 7 inch Android tablet (because that’s what it is), but the Fonepad can also make phone calls over a cellular network.

Asus unveiled the FonePad in February, promising it would eventually sell for about $249. And later this month it will go on sale in the UK for £180, which is pretty close to that target. 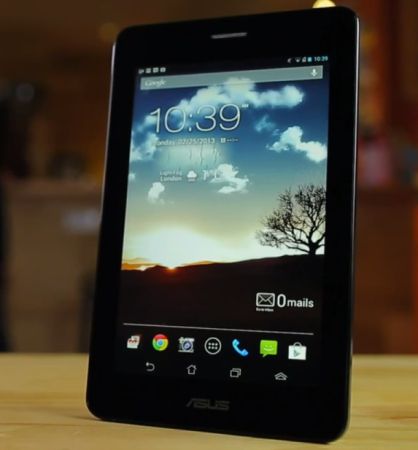 According to TechRadar, the Asus Fonepad will be available for pre-order from Amazon, Carphone Warehouse, and Sainsbury’s on April 12th, and will ship in the UK starting April 26th.

It has a 1.2MP front-facing camera and a 3MP rear camera, built-in GPS and Glonass support, and up to 10 hours of battery life. The Fonepad supports WiFi and HSPA+.

Last I’d heard, Asus had no plans to offer the FonePad in the US.