The Asus Fonepad is a 7 inch device that looks a lot like a Nexus 7 tablet. But it has an Intel Atom processor instead of an NVIDIA Tegra chip, features a microSD card slot, and you can use it to make phone calls.

Asus doesn’t currently have any plans to offer the Fonepad in the US. But it’ll be available soon in parts of Europe and Asia, and one entrepreneur is selling the tablet to US customers via eBay. 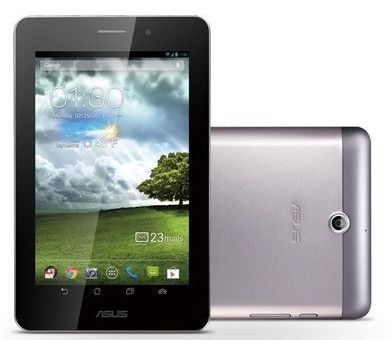 You’ll have to spend $359 for the privilege of being one of the first kids in the States to get your hands on this 7 inch smartphone. That’s despite the fact that the same device sells for about £180 in the UK and has a list price of about $249 US dollars.

But while $359 may be higher than the list price for this tablet, it’s actually not a bad price for an unlocked smartphone with an enormous display. You’ll just probably want to invest in a Bluetooth headset if you don’t want to hold this behemoth up to your face while making calls.

Stuff has posted one of the first reviews of the Fonepad, and while they think it’s kind of ridiculous as a phone, they like it as one of the cheapest 3G-enabled tablets around.