Apple makes notebook and tablet computers. But a patent application suggests that the company could also be working on something in between: a notebook with a removable display.

Interestingly this wouldn’t be an Asus Transformer-style device with a screen that works as a standalone tablet. The processor, memory, and other components are all in the base of the device. The removable display simply features a battery and a wireless chip for communicating with the base. 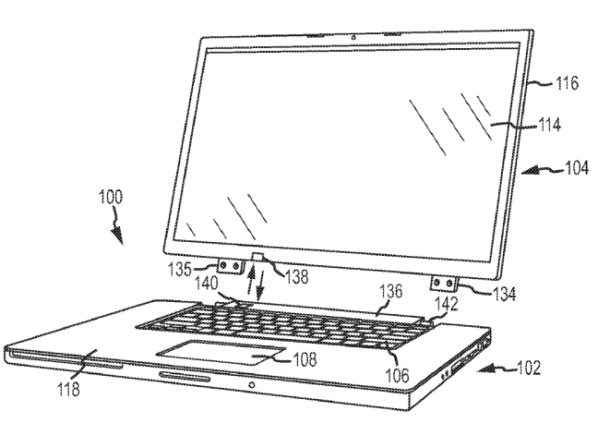 It’s not clear if Apple actually plans to build this product. Often companies apply for patents on devices that never see the light of day, and while this particular patent application showed up at the US Patent Office website this week, it was originally filed in September, 2011.

It’s not clear what OS this hybrid device would use. But the patent application makes it clear that the computer isn’t just a notebook with a detachable screen. The base can send data to the screen over a wireless connection, which means you can continued to use the computer even when it’s in two pieces.

The screen could also feature touch sensors or other input features, letting you send data from the display to the base. So you might actually be able to use the device as a tablet… it’s just a two piece tablet, and the screen portion won’t work if the base is turned off.

The patent even mentions wireless charging with an inductive charger, leaving open the possibility that you could be able to charge the display simply by placing it on the base, or vice versa. 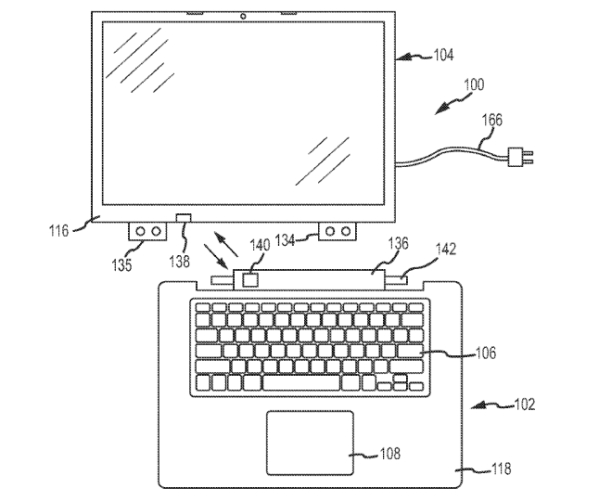