Acer’s Aspire S3 was one of the first thin and light laptops to earn the right to call itself an “ultrabook,” thanks to compliance with Intel’s guidelines. But that was in late 2011, and now the portable notebook with an Intel Sandy Bridge processor is starting to look a bit dated.

But at least one Hungarian retailer appears to be spicing things up by selling a new version of the Aspire S3 with a hard drive instead of a solid state disk, and with Linux instead of Windows. 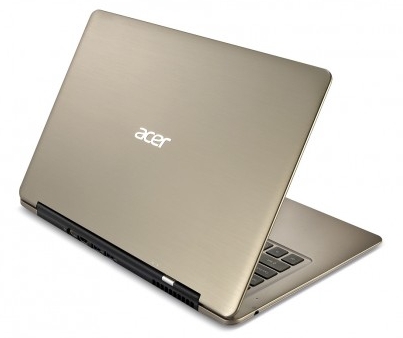 It’s not clear if this model will be sold outside of Hungary anytime soon. But if you happen to be in that country, you can now pick up an Acer Aspire S3 with an Intel Core i3-2375 processor, 4GB of RAM, a 500GB hard drive, and Linux for about $700.

Technically since this model has a hard drive instead of a sold state drive, it’s not an ultrabook anymore. But it’s a thin and light laptop which ships with Linux, and that’s something I know plenty of people would like to get their hands on.

via Notebook Italia and Tech2.hu