Arnova tablets tend to be low-cost Chinese tablets that parent company Archos slaps an Arnova label on before selling the devices in the West. Archos has been at this for a few years,  and has dozens of different models to show for it.

Now it looks like 4th generation Arnova tablets are on the way. 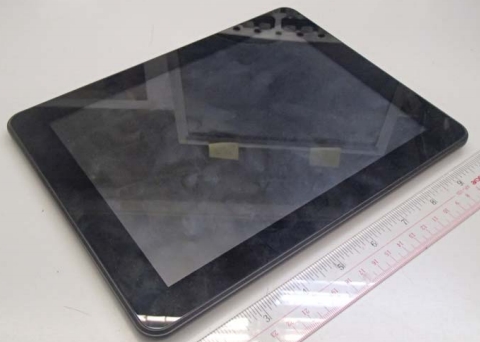 A few months ago the Arnova 8 G4 hit the FCC , and this week an Arnova 97 G4 followed suit.

Based on the company’s naming conventions, these tablets will likely have 8 and 9.7 inch displays, respectively. And since the FCC listing shows a few pictures of the circuit board, it’s clear that at least the Arnova 97 will feature a 1.6 GHz Rockchip RK3066 ARM Cortex-A9 dual core processor.

That’s not the fastest processor from Chinese chip maker Rockchip. The company’s new RK3188 quad-core processor offers significantly better performance. But the RK3066 chip should be good enough for basic tasks on an Android tablet.

The Archos 97 also appears to have an 8000mAh battery, a microSD card slot, micro USB port, and mini HDMI output as well as front and rear cameras.

Update: Notebook Italia spotted an Italian retail listing for the Arnova 97 G4, which confirms the specs found at the FCC. It also looks like the tablet will have a 1024 x 768 pixel display, 1GB of RAM, 8GB of storage  and a 2MP camera. It’s expected to ship with Android 4.1 Jelly Bean.