The Raspberry Pi is a tiny, low-power, and inexpensive computer. A $35 model B version with 2 USB ports, 512MB of RAM, and an Ethernet jack has been available since last year.

Earlier this year a cheaper $25 Raspberry Pi model A went on sale in Europe, and now it’s kinda/sorta available in the US. 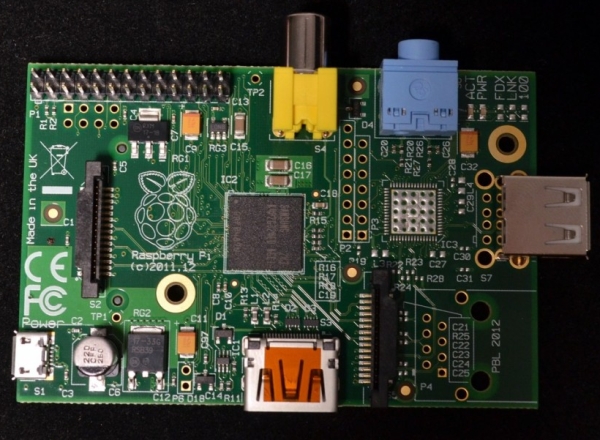 Allied Electronics started taking orders for the Model A this weekend, and quickly sold out. Since supply is limited, there’s currently no option to pre-order or backorder.

So while it looks like the Raspberry Model A is now officially shipping to the US and Europe alike, good luck getting your hands on one in the States.

It’s designed for low cost computing projects where those features might not be necessary. This model uses about 30 percent less power than the Model B, which makes it easier to run off a solar charger or other simple power source.

You could use it as the brains of a robot, the basis for a media center PC, or as part of a home automation system, among other things.

via TechCrunch and Slashdot

One reply on “$25 Raspberry Pi Model A goes on sale in the US, quickly sells out”