Love Ubuntu Linux, but hate the Unity desktop environment that Canonical ships with it? There are a number of alternative versions of Ubuntu supported by a large development community including Kubuntu, Xubuntu, and Lubuntu — each with a different desktop environment.

Now you can add Ubuntu GNOME to the list. 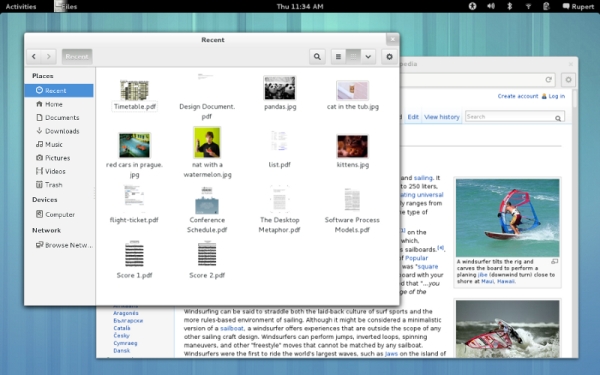 Up until a few years ago, the default version of Ubuntu used the open source GNOME desktop environment. But then the Ubuntu developers at Canonical decided to build their own environment with an emphasis on a toolbar on the side of the screen, a head-up display that shows apps and other search results as you type, and other tweaks.

So Unity was born and GNOME became just something you could install on an Ubuntu device yourself if you felt like it.

But by the time Ubuntu 13.04 Raring Ringtail is ready to roll in April, you’ll also be able to download a community-supported version of Ubuntu GNOME which uses the GNOME desktop environment.

Developers have actually been building a GNOME version of Ubuntu since last year, but it wasn’t officially part of the Ubuntu family until now.

Ubuntu GNOME will feature GNOME 3.6 software, but users looking for something a little newer will be able to grab GNOME 3.8 and install it themselves.

10 replies on “Ubuntu GNOME is now an official alternative to Unity, KDE, etc”