The Ouya $99 video game console should begin shipping soon. It’s designed to be an inexpensive box for playing Android games in the living room — but it can also function as a cheap media center.

Ouya’s developers announced last year that the device would support the popular XBMC media center app, and now one of the members of the XBMC development team has posted a video showing how the software performs on the game console. 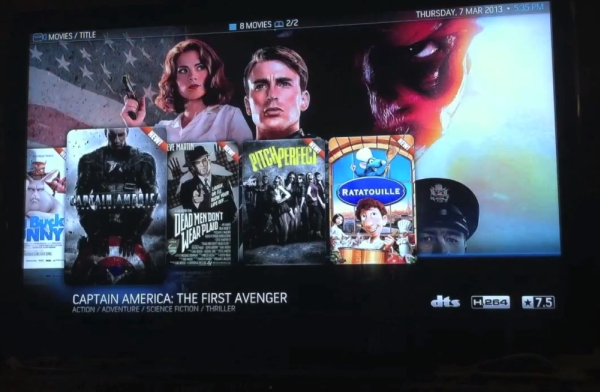 Developer Nathan Betzen got his hands on a pre-release sample of the Ouya. While the game controller isn’t the final design, under the hood this is pretty much the same Ouya that customers will get starting later this month.

It features an NVIDIA Tegra 3 quad-core processor, 1GB of RAM, and 8GB of storage. And that seems to be enough to offer a pretty decent XBMC experience.

In the demo video you can see the user interface running at about 54 frames per second, transitions between menus working seamlessly, and 1080p HD video playing perfectly. There’s a catch: at the moment H.264 video looks great, but some other video formats may not run as smoothly.

For instance, an HD video encoded as an MP4 suffered from dropped frames when XBMC had to rely on libstagefright. Developers may be able to work out the kinks… but an easy way around the problem is probably to stick to H.264 or other supported video codecs whenever possible.

If you didn’t manage to reserve an Ouya during the company’s Kickstarter campaign, you can still pre-order one from Ouya.tv — it just won’t ship until June.