One of the world’s largest producers of hard drives is giving up on 7200rpm hard drives for notebooks. Seagate will end production of 2.5 inch drives which spin at 7200 revolutions per minute.

The move isn’t surprising — while 7200rpm disks are faster than the 5400rpm drives that you tend to find in cheaper laptops they’re not nearly as fast as the solid state drives laptop makers favor for premium notebooks these days. 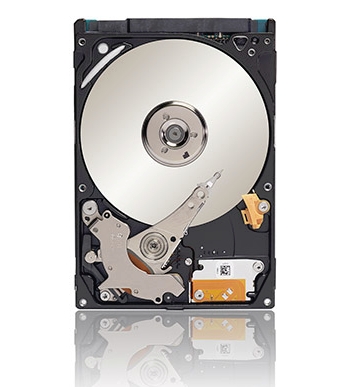 Seagate will continue to produce 3.5 inch 7200rpm drives for desktop computers. But X-bit Labs reports that by the end of 2013 the company will phase out its 2.5 inch notebook-sized models.

The company doesn’t currently produce solid state drives — but the Seagate does offer hybrid drives which combine large amounts of hard drive disk space with small amounts of faster solid state storage to offer the best of both worlds.

These disks have at least one advantage over solid state drives: The price per gigabyte is much lower. While SSD prices have been falling in recent years, they still generally cost much more than hard drives. With a hybrid drive you can get hundreds of gigabytes of storage for the same price as a much much smaller SSD.