Samsung is giving its top-of-the-line Series 9 ultrabook a makeover with a higher-resolution display. The new Samsung Series 9 13.3″ Premium Ultrabook is still an incredibly thin and light notebook, but now it’s available with a 1920 x 1080 pixel display. Earlier models topped out at 1600 x 900 pixels.

Those extra pixels will cost you though: Samsung is charging $1900 for the Series 9 Premium, although that price does include some top-tier features. 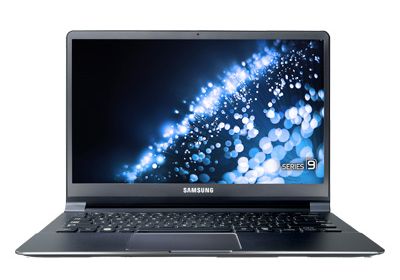 The Samsung Series 9 Premium has an Intel Core i7-3517U Ivy Bridge processor, 4gB of RAM, and a 256GB solid state disk. It runs Windows 8 Pro 64-bit, and supports WiFi, Bluetooth, and Ethernet (with an adapter).

Samsung’s notebook has 1 USB 3.0 port, a USB 2.0 port, and a mini VGA and micro HDMI ports, a backlit keyboard, an SDXC card slot, and a 44Whr battery which Samsung says is good for up to 8 hours of battery life.

The notebook has black aluminum case that measures 12.4″ x 8.6″ x 0.5″ and the computer weighs just over 2.5 pounds, making it one of the thinnest and lightest ultrabooks available.

I picked up a Samsung Series 9 ultrabook for myself last year for less than half the price of the new model. But mine has less storage, a Sandy Bridge processor, Windows 8 standard (not Pro), and a lower resolution display.

Honestly, I think I prefer a 1600 x 900 pixel screen on a Windows notebook with a 13 inch display. While full-screen Windows 8 apps look great on higher-resolution screens, classic Windows apps don’t scale as well, even if you adjust the DPI settings in Windows. So some content might be difficult to even see on a 1080p screen.

But that seems to be the direction where things are moving in the premium notebook space, and hopefully future versions of Windows (or Ubuntu or other Linux distros) will handle screen resolution scaling better.