The first tablets and TV sticks with Rockchip RK3188 quad-core ARM Cortex-A9 processor are just starting to hit the streets. But it hasn’t taken long for early users to figure out how to roo an Android device featuring the new processor. 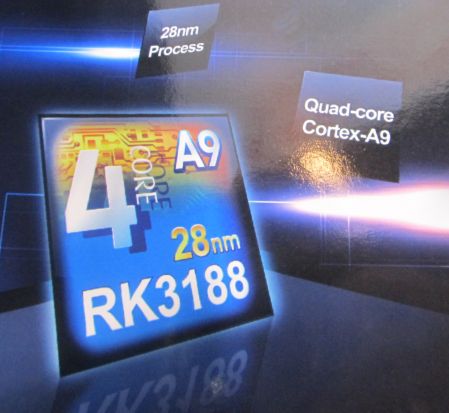 Spanish blog AndroidPC.es has posted instructions for rooting a device with an RK3188 chip and Android 4.1 software.

The process looks remarkably similar to the steps you’d take to root Android 4.1 on a device with a Rockchip RK3066 dual-core processor. In other words, while the RK3188 chip is faster and has twice as many CPU cores as it predecessor, Rockchip is using a similar hardware architecture and offering similar software on the two chips. So you can exploit the same security vulnerabilities on the new processor as on the older one to gain root access to Android 4.1.

Rooting an Android device lets you access files and settings that might otherwise be unavailable, which lets you run apps that require root access such as Titanium Backup or SetCPU.

You can find instructions for rooting a device with an RK3188 chip at AndroidPC.es — or if you can’t read Spanish (or don’t want to struggle with Google Translate), you can try following instructions written for RK3066 devices at the xda-developers forum.

One reply on “Rooting Android 4.1 on devices with Rockchip RK3188 quad-core chips”