OpenELEC is a Linux-based operating system designed to support the XBMC media center application. It basically turns a PC into a media center which brings audio, video, pictures, and more to your TV.

The OpenELEC team has released version 3.0, which is based on XBMC 12.1 and which includes versions which support the Raspberry Pi mini-computer and Arctic MC001 media center PC. 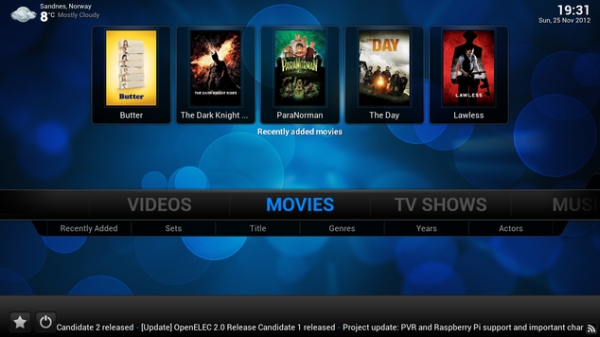 OpenELEC 3.0 includes a number of improvements, including:

While you can install XBMC on a wide range of computers running Windows, OS X, Linux, or other operating systems, OpenELEC is an option for a light-weight OS designed for users that want XBMC to be the only (or at least the most important) app running on their PCs. Paired with an inexpensive device like a Raspberry Pi, the free operating system makes adding media center functions to your TV a pretty affordable option.