Microsoft’s Windows 8 operating system can run on a wide range of devices with different processors, screen sizes, and display resolutions. But in order to meet Microsoft’s Windows 8 Certification requirements (which lets you slap a Windows 8 logo on your device), you need to meet certain criteria.

Until recently one of those criteria was a 1366 x 768 pixel display. But ZDNet noticed that Microsoft has loosened that restriction… which could pave the way for Windows 8 tablets and notebooks with smaller screens. 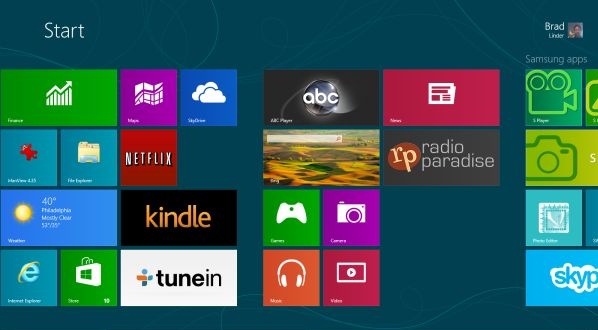 So far I haven’t seen a Windows 8 device with a screen smaller than 10.1 inches. But 7 and 8 inch tablets running Android and iOS are proving pretty popular with shoppers.

Theoretically there’s nothing stopping a company from producing a smaller Windows 8 tablet with a 1366 x 768 pixel screen. But most smaller tablets on the market feature 1280 x 800 or 1024 x 768 pixel screens.

That makes Microsoft’s new requirement for certification interesting: Device makers can use the Windows 8 logo on devices with 1024 x 768 pixel or higher resolution displays.

But those devices wouldn’t come without compromises. Some Windows 8 features still require a higher resolution display.

While you can run Windows 8 on a machine with a 1024 x 768 pixel display, you won’t be able to use Windows Snap. That’s the feature that lets you show two Windows 8-style app side-by-side on the same screen. It’s one of the features that helps set Windows 8 apart from other mobile operating systems… and it’s a feature Microsoft is expected to expand with its upcoming Windows Blue update.

It’s also interesting that Microsoft still isn’t supporting devices with 1024 x 600 pixel displays. That’s the resolution that was used most often by netbook makers from 2008 through 2012.

In other words, while you can run Windows 8 on an older netbook, the experience isn’t perfect. And Microsoft apparently has no plans to make things any better for netbook users.