Now he’s released a Superuser app which lets you determine which apps can have root privileges on your phone or tablet. 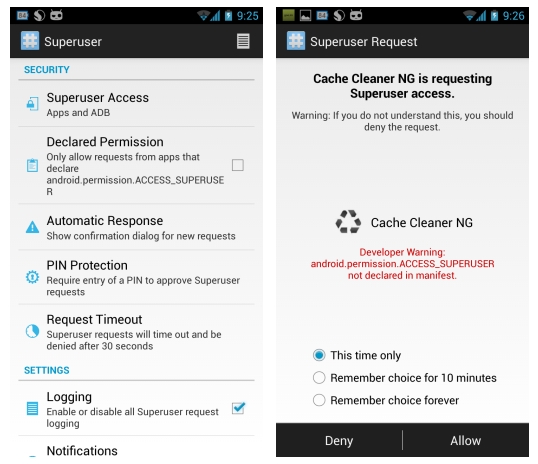 This isn’t the first or only app of its sort. There are already Superuser and SuperSU apps available from the Play Store, and most custom ROMs come with one of those apps preloaded.

But Koush’s ClockworkMod Superuser app is a little different for a few reasons:

Among other things, the app lets you require a PIN before an app can be granted Superuser permissions, and you can decide whether an app should be able to access root functions just once, just for the next 10 minutes, or every time it runs.

If you have trouble downloading the app from the Play Store you can also download a ZIP file which you can flash using ClockworkMod or another custom recovery.