Chinese device makers are cranking out a growing number of products that put the set-top back into set top boxes. We’ve already seen a few Android-powered TV boxes that are designed to sit on top of a TV, and now a few new models are available.

What all of these products have in common is that they basically have the guts of an Android smartphone and are designed to let you run Android apps on a TV. They also have front-facing cameras, which let you sit in front of your TV while making video calls over Skype or other video chat software. 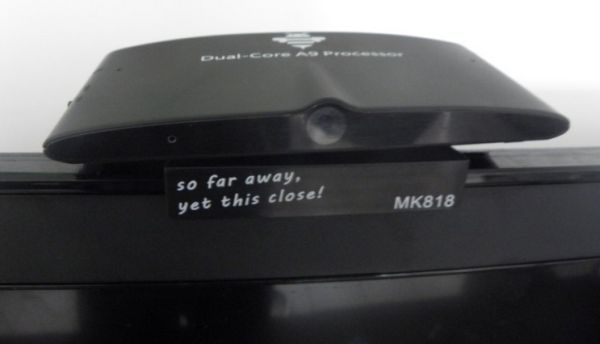 Sure, it’s a low quality camera and slow Ethernet port, but at leas it has them.

The MK818 runs Android 4.1 Jelly Bean, and you can use it to stream internet video, play games, surf the web, or make video calls from your TV.

Another Android set-top-box is the H5, which is available from AliExpress for $89 (although the price goes up to over $100 when you add shipping). 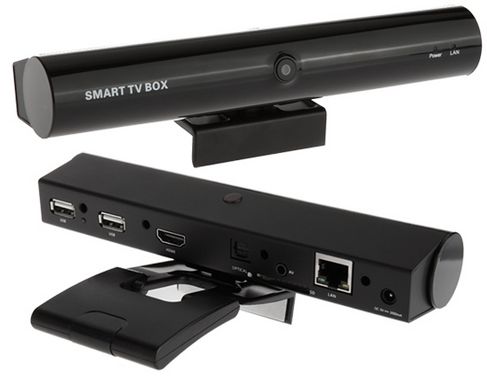 Like the MK808, this model has a Rockchip RK3066 processor and it’s designed to sit on top of a TV. But there are a few things that set it apart.

First, the H5 is one of the few Android TV boxes I’ve seen with an optical output port. Second, it has 2 full-sized USB ports. Third, it has a 2MP camera And fourth, it has a wireless remote control which you can use as an air mouse.

On the other hand, this model has just 4GB of built-in storage and ships with Android 4.0 Ice Cream Sandwich, which is starting to look a bit dated.

The device also features 1GB of RAM, WiFi, and an SD card slot.