Like the idea of a tiny screen floating in front of your face to give you driving directions, let you make video calls, and see breaking news alerts, but don’t want to have to wear contact lenses to use Google Glass?

No problem. The Google Glass team says their upcoming wearable computers will feature a modular design — and that means you’ll eventually be able to use them along with a normal pair of prescription glasses. 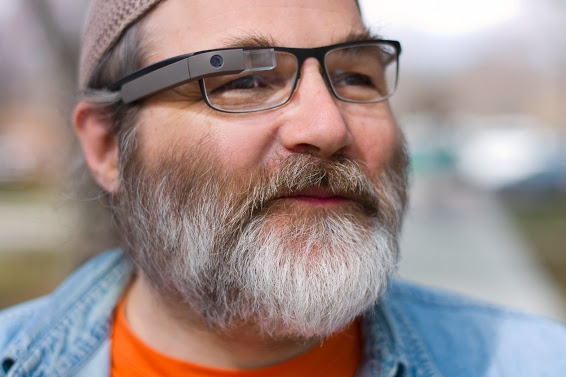 Google’s actually been saying this for a while, but today the company showed off an early prototype of a team member wearing Google Glass along with a normal pair of spectacles.

The design is still a work in progress, and wont’ be ready to go by the time Google ships its Explorer Edition wearable computers. But the company plans to make the prescription eyeware-compatible version of Google Glass available later this year.

There’s no word on how much that edition will cost, how easy it will be to match Glass with your existing frame design and colors, or if how well the setup will work for folks with bifocals.

But I kind of feel like Glass looks a little less crazy when paired with a normal pair of glasses. If you’ve already got eyeglasses resting on your nose and wrapped around your ear, what’s one more small screen?

3 replies on “Google Glass will (eventually) work with prescription eyeware”