Andy Rubin has been the head of the Android software team since before Google even bought the mobile operating system and brought it to market. But now he’s stepping down from his position and Chrome OS boss Sundar Pichai is taking over.

So what does that mean for Chrome OS and Android going forward? 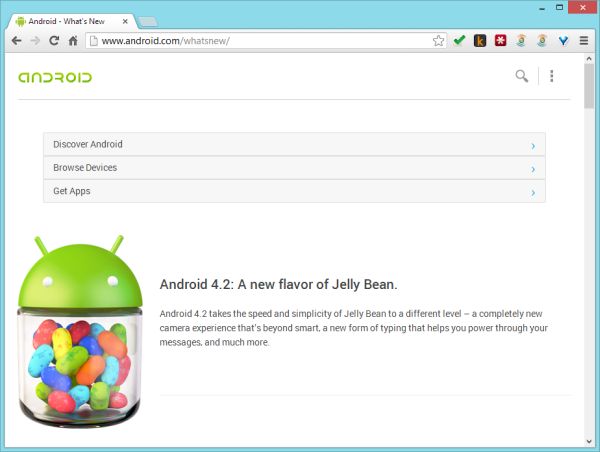 Beat me. There’ve been rumors for years that Chrome OS and Android would eventually merge — after all, why does Google need two different operating systems?

But as far as I can tell, most of those rumors have come from people outside of Google reading tea leaves.

Google officials have pretty consistently said that Android is for phones and tablets, Chrome OS is for desktops and laptops.

But then Google went and released a Chrome OS laptop with a touchscreen display last month — even though there aren’t really that many websites and web apps designed to take advantage of touch. Maybe that’s because Google wants web developers to start coding their sites for touch. Or maybe it’s because the Chromebook Pixel (and other Chrome OS devices) might eventually be able to run Android-style touch-friendly apps.

Either explanation seems plausible. But it does seem like the distinction between Chrome OS and Android hardware got a bit more blurry when Google decided Chromebooks could have touchscreens.

There’s also evidence that some software that has only been available for Android up until now could be coming soon to Chrome, such as Google Now.

Meanwhile, the Chrome team has been busy improving the Chrome web browser for Android devices, recently adding support for password sync and data compression, for example.

One of the key reasons Chrome OS and Android have remained separate projects is because the development teams have basically operated independently of one another. But now that the head of the Chrome team is taking over the reigns as head of the Android team, that could be about to change.

Or maybe it won’t. Just because plenty of users would like to be able to run Android apps on a Chromebook, or install Chrome plugins and web apps on an Android tablet doesn’t mean Google’s going to make it happen anytime soon.

We’re all just reading tea leaves… all we know today is that Google has appointed a talented individual with a few successful projects under his belt to head up another of the company’s big success stories. Andy Rubin, meanwhile, still appears to be with the company. But there’s no official statement on what his new role with Google will be.

One reply on “Does Google’s leadership shuffle mean Chrome OS and Android are getting closer?”