Or rather… the company introduced a new user interface called Smartisan OS. Under the hood the OS is based on Android, but the user interface and core apps have been redesigned. 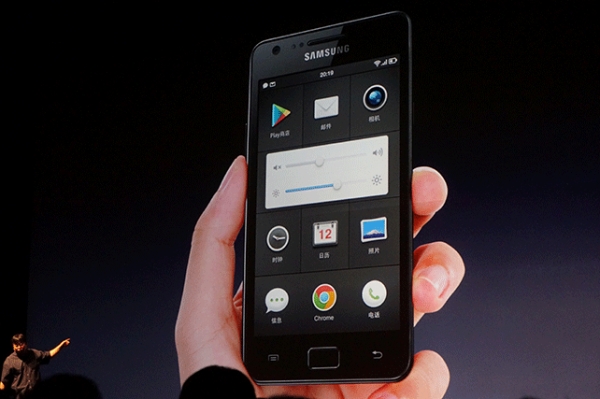 This isn’t the first time we’ve seen a Chinese company do this — Xiaomi’s MIUI is an operating system based on Android. And like MIUI, Smartisan OS will be able to run on existing Android devices including the recent phones from HTC and Samsung.

Smartisan OS draws a lot of inspiration from the iPhone, but according to the developers it’s been simplified with fewer icons per page (and no text telling you what apps are associated with an icon).

There are a few nice touches, including a contacts app which you can sort by location, frequency of use, and other criteria.

But the company has a rather ambitious goal of eventually killing Apple. While I don’t doubt that we could start to see a few Chinese handsets shipping with Smartisan later this year, I’d be surprised if this operating system makes a dent in Apple’s market share in the US anytime soon.

Hammer Technologies says a beta version of Smartisan OS will be available for download on June 15th.