Asus has a habit of introducing products long before they’re ready to ship — but more often than not, they do actually ship. The company introduced a 13 inch tablet/notebook hybrid called the Transformer Book in June, 2012. Now it’s finally ready to go on sale… at least in Japan. 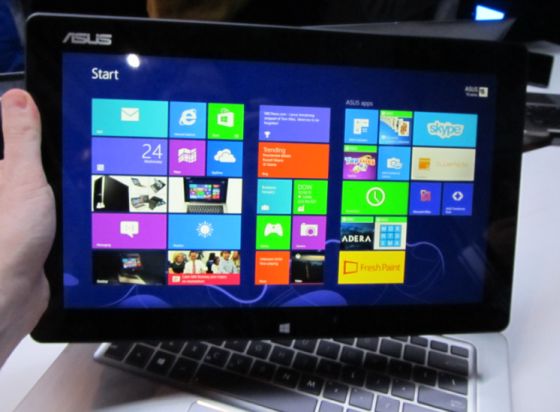 The Transformer Book is a Windows 8 notebook with a detachable tablet section… or a Windows 8 tablet that can be used with a keyboard base, depending on how you look at it.

When you plug in the keyboard dock you also get an extra battery for longer run time and a 500GB hard drive for extra storage. Unfortunately even with both batteries, Asus is only promising up to 6 hours of run time (the tablet alone should get up to 5).

Asus also plans to offer a higher-end model with a Core i7 processor. That model was briefly up for pre-order from at least one US retailer for nearly $1500, but the product page has since been pulled.