Windows 8 is Microsoft’s attempt to get in on the touchscreen computing craze that’s currently dominated by tablets running Apple’s iOS and Google’s Android. But there have been plenty of signs that sales of touch-capable Windows 8 devices have been off to a slow start.

One possible reason is the high price of Windows notebooks and tablets with touchscreen: they tend to sell for much more money than Android or iOS devices. According to the Wall Street Journal, Microsoft hopes to change things by offering PC makers deep discounts on Windows 8 and Microsoft Office licenses for some devices. 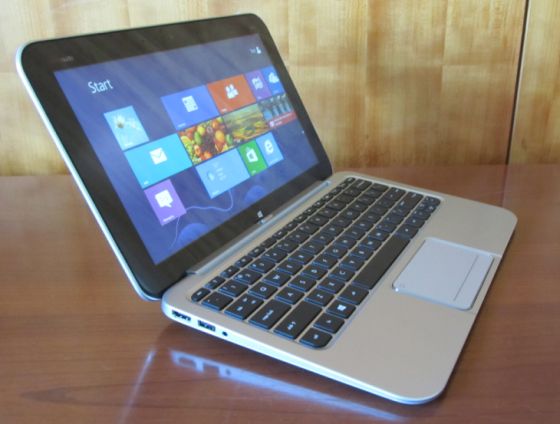 The WSJ reports Microsoft normally charges PC makers around $120 for Windows 8 and Office, but the company is reportedly offering some device makers the same bundle for just $30.

This deal only applies to Windows 8 laptops with touchscreen displays smaller than 10.8 inches (although I suspect Windows 8 notebook/tablet hybrids might also fall into this category.

Microsoft hasn’t confirmed the rumor — but that’s not surprising. The company doesn’t usually talk about how much money it charges PC makers for licenses to put its software on computers before shipping them out.

But the strategy is similar to the one Microsoft took a few years ago in the netbook space. When the first Asus Eee PC mini-laptops hit the street, part of their appeal was their low price tags. Up until that point a $400 laptop that weighed less than 3 pounds and had a 10 inch or smaller screen was virtually unheard of.

And part of what helped the prices stay low was the software: Asus shipped its first netbooks with Xandros Linux. Acer followed suit with Linpus Linux Lite. And Microsoft responded by offering cheap Windows XP (and eventually Windows 7 Starter) licenses.

The move worked, and almost every netbook to ship in 2009 and later came with Windows rather than Linux.

A similar price cut could encourage PC makers to offer tablets and notebooks that are priced more competitively with Android and iOS counterparts. But the operating system is only one component this time around. Windows 8 devices also tend to ship with different hardware than iPads or Android tablets, and there are currently hundreds of thousands of touch-friendly apps available for those platforms, while the Windows Store is relatively barren at the moment.

In other words, Microsoft may be starting from further behind in the touchscreen ultraportable space than it was in the netbook space a few years ago.

8 replies on “Are cheaper Windows 8 portables on the way? WSJ reports Microsoft is slashing Windows 8 prices for PC makers”