The Wandboard is a tiny computer or developer board with an ARM-based processor, a wide selection of ports for connecting peripherals, and support for both Google Android and Ubuntu Linux.

Unveiled last year, the Wandboard is one of the first devices of its type to feature a Freescale i.MX6 ARM Cortex-A9 processor. It’s now shipping for about $79 and up. 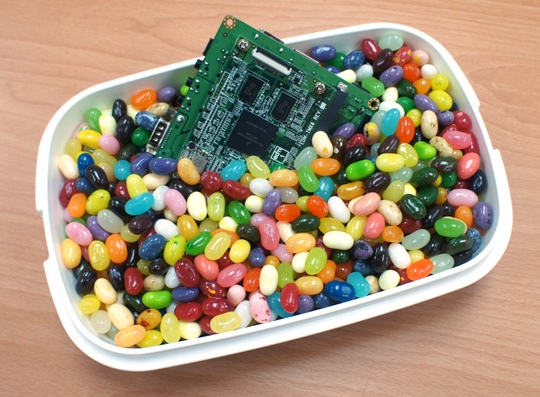 That’s a little more expensive than the $69 starting price we were promised last year, but it’s still not a lot of money for a developer board that can run Ubuntu Linux. Part of the reason for the price is likely because there are no US distributors at the moment — if you’re ordering from a country that doesn’t have a distributor, you’ll have to get one from a European distributor.

Update: Wandboard suggests it could have a US distributor within the next few weeks.

There are two versions of the Wandboard. The Wandboard solo has an i.MX6 single core processor, 512MB of RAM and lacks built-in WiFi capabilities.

You can also opt for the Wandboard DualLite ($100) which features a dual-core CPU, WiFi, Bluetooth, and 1GB of RAM.

Both models have HDMI, microSD, and audio ports, USB and Ethernet ports, and developer-friendly features including GPIO pins and an EDM connector.

The Wandboard doesn’t include any on-board storage. Instead, you can use one of two microSD card slots to bring your own storage. The company offers a few disk images for download, including a preview of Android Jellybean, a command line-only Linux build and a preview version of Ubuntu Linux for the Wandboard.