KDE Plasma Active developer Aaron Seigo has been working to bring a tablet running open source Linux-based software to market for over a year. While the project has hit some roadbumps, Seigo says factory tooling for a new tablet has begun, and the first models could roll off the production line by May.

While Seigo isn’t ready to provide specs for the new tablet yet, he says the Vivaldi tablet that’s currently in the works has a higher-resolution screen and faster processor than the model the team had planned to release in 2012.

The original plan for the Vivaldi tablet had been to find a Chinese device maker that was able to provide source code for existing hardware so the KDE team could create a fully function, and entirely open source disk image that would run on the tablet.

But that’s tough to do — even if you do find a device that’s open enough to use, there’s a good chance that the device maker will discontinue that product in a few months to pave the way for something else — which may not be quite as open.

So the KDE team went and designed their own tablet from the ground up (well not entirely from the ground up — the process involves picking an existing processor and chips for wireless connectivity, sensors, and other hardware and then designing a printed circuit board to put it altogether). 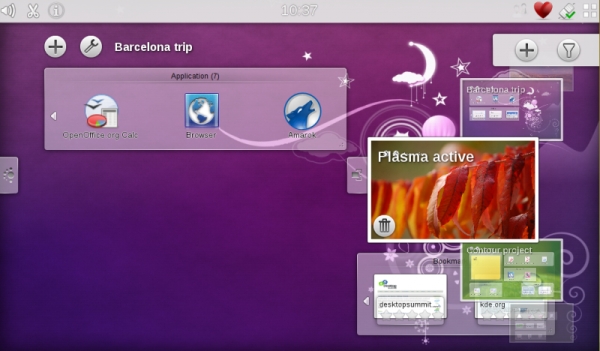 That means that the Vivaldi tablets in the works right now will be fully supported by the KDE Plasma Active team, as will any future devices. There are already plans for additional devices with faster, multi-core processors. We could also see different form factors entirely, including set-top-boxes or in-vehicle systems in addition to tablets.

Seigo says he should be ready to talk more about the project and start announcing partners in late February or early March.

That said, the Vivaldi open source project has seen enough delays over the past year that I wouldn’t hold my breath waiting for everything to happen exactly on schedule.