Since the chip uses ARM’s big.LITTLE technology, that means that while the APE6 is technically an 8-core chip, you’ll only actually use 4 cores at a time most of the time. Basic tasks can be handled by the lower-power ARM Cortex-A7 components, while the higher performance ARM Cortex-A15 bits will kick in when you need them. 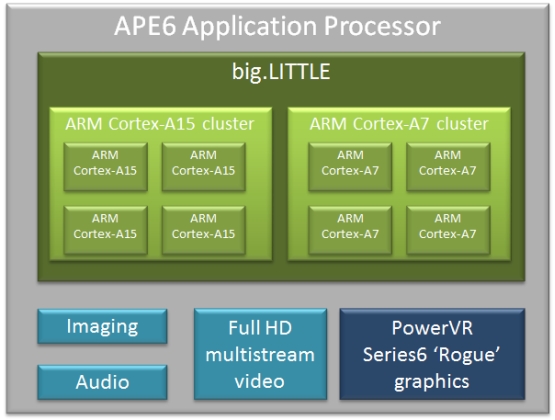 Samsung may have been the first company to announce a new chip featuring this sort of configuration. But ARM licenses its big.LITTLE designs to anyone with cash to pay — Huawei also plans to bring an 8-core big.LITTLE CPU to market this year.