Paranoid  Android is a custom ROM for Android devices which is probably best known for letting users adjust DPI settings on a per-app basis. In plain English, that means you can decide whether each app on your device should be displayed in phone or tablet mode.

But with the launch of Paranoid Android 3.0, the developers are bringing a number of  new features including a custom menu launcher called Pie, and other tweaks to  the Android operating system.

The first release candidates of Paranoid Android 3.0 are now available for select devices including the Galaxy Nexus and Nexus 4 smartphones,  and the Nexus 7 and Nexus 10 tablets. 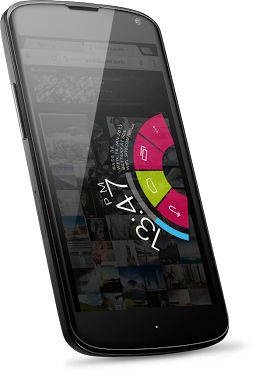 You can find download links for each new build  at xda-developers. We should also  start to see Paranoid Android 3.0 builds for additional devices soon.

The new build is a pretty major  departure from earlier versions of Paranoid Android, and  it’s actually missing a few features users may have been used to — including a battery percentage icon. But battery percentage should make it into the next revision of the custom operating system.

The most notable change in version 3.0 is the addition of  the Pie menu which hides the home, back, and recent apps buttons  when you’re not  using them, and lets you bring them up through an on-screen gesture. That menu also displays additional information including a clock and status updates.

If you want to try out Pie-like notifications and menus without installing a custom ROM, you can also  install an app called LMT launcher without replacing the operating system on your  phone  or tablet.

The key thing that makes Paranoid Android special, though, is  the ability to set custom pixel density options for each app on your device. So if  you want to see the tablet version of Gmail (with 2-panel navigation) on your phone, but the normal phone UI for Google Play Music, you can do that.