The first Ouya video game consoles are expected to ship in March. They’ll feature Android software and 1.6 GHz NVIDIA Tegra 3 quad-core processors. When the Ouya project was first announced last year, those were some of the most impressive specs available for an Android device.

These days, Tegra 3 is already old hat, with Qualcomm, Samsung, and others already offering faster mobile processors. And NVIDIA’s Tegra 4 platform is set to launch shortly after the Ouya hits the street. So in some ways, the hardware will be dated on day one.

But don’t worry — the next Ouya will be more powerful. 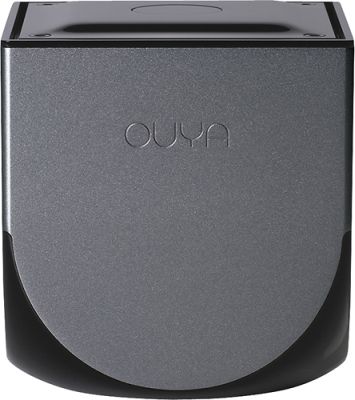 Ouya CEO Julie Uhrman tells Engadget and The Verge that the company plans to launch a new game console every year, offering faster processors and other improvements at about the same price.

In other words, you won’t have to wait 5 years to get a next-generation game console the way you do with Nintendo, PlayStation, or Xbox devices. Instead, Ouya is following a mobile phone/tablet-like strategy and putting out new hardware every year.

That means we could see a Tegra 4 based model eventually, or a device with a different, faster mobile chip. Thanks to the falling prices of storage and other components, future Ouya consoles might also have more than 8GB of built-in storage.

Does that mean you’ll have to purchase new games every year? Not necessarily — games purchased from the Ouya Store will be tied to your account, not your hardware. So if you pay $99 to get next year’s model, all of the games you bought for your first-generation Ouya should still be available (although it’s not yet clear if your saved games and other data will be transferred automatically).

With rumors suggesting that the PlayStation 4 could cost more than $400, a $99 Ouya seems like an interesting low-cost alternative. It might not be as powerful as a PS4, but you could buy a new one every year for 4 years and still spend less than you would on Sony’s next-gen game console (if the rumors are correct).