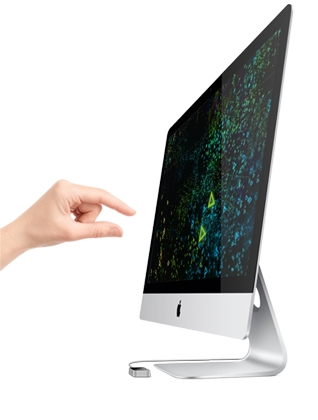 It will also be available at Best Buy locations in the US on May 19th. You can pre-order today from Leap Motion or Best Buy.

The controller is a small device that you can plug into a computer running Windows 7 or later or Mac OS X 10.7 or later to add support for 3D gesture-based controls.

With the Leap Motion software installed on those computers, you can interact with games, art software, and other apps using gestures. And we’re not just talking about waving your hands in front of a camera — the Leap Motion Controller can track gestures as small as 1/100th of a millimeter at 290 frames per second.

In other words, you can pinch your fingers together or make slight movements and the Leap Motion system will pick them up. It can track 10 fingers at a time.

At launch, supported apps will include Autodesk, Corel Painter, and games including Disney’s Wreck-it Ralph game.

Leap Motion will also have an app store where you can find third-party software developed to work with the technology.