It’s been almost a year since Intel unveiled its new StudyBook tablet design. Now the 7 inch Windows tablet is finally available for purchase — but it’ll cost a bit more than the initial estimates.

Intel initially suggested that tablets based on its reference design could sell for as little as $200 (the company also said they’d ship last summer). But if you want to get your hands on a StudyBook today, you’ll have to pay $699. That’s how much Dynamism is charging for the tablet. 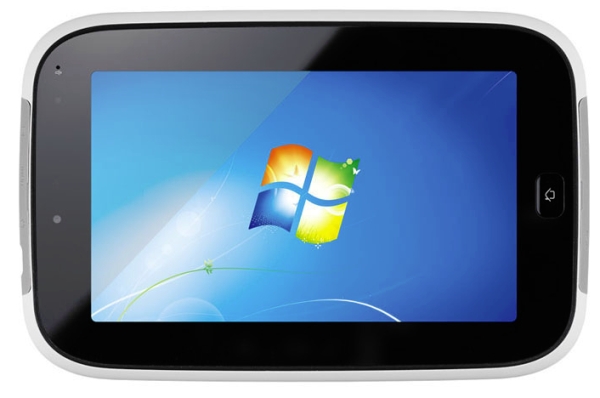 The Intel StudyBook was originally positioned as a rugged tablet designed for use in educational settings. But as a tablet with a 7 inch capacitive touchscreen display, a rugged water and dust resistant case, and Windows 7 software, it could theoretically be used as a general purpose tablet.

Unfortunately in the age of Windows 8 tablets, the StudyBook’s specs look a bit outdated.

There’s at least one feature that helps justify a relatively high price for this tablet: It has an integrated 3G modem and a SIM card slot. But unless you really need 3G, a 7 inch display, or a rugged case, you’ll probably get a much better Windows experience if you opt for a Windows 8 tablet with a newer Intel Atom Clover Trail processor.