BlackBerry’s newest developer phone is the first BB10 dev phone to feature a keyboard. The BlackBerry Dev Alpha C looks a lot like the upcoming BlackBerry Q10 smartphone (with boxier corners). But the company is calling it a BlackBerry Z10 device — which suggests it will have similar hardware to the BlackBerry Z10 phone which is already available for purchase in the UK. 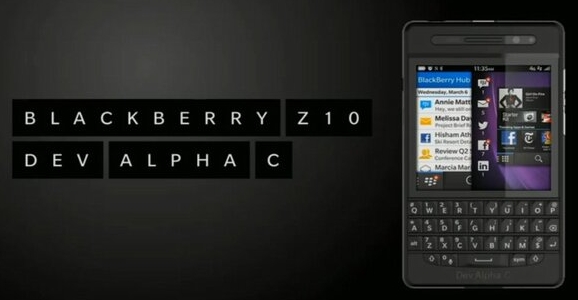 The folks at N4BB have posted some hands-on photos of the new Dev C handset, as well as a  video walkthrough of the device.

Developers can also get their hands on the Dev Alpha B phone if they want to try out new apps on a touch-only device.

BlackBerry is also updating its BlackBerry 10 software developer kit to add support for the BlackBerry Q10 and its physical QWERTY keyboard.

In other BlackBerry developer news, the company is offering 12,000 limited edition red BlackBerry Z10 phones to developers, and promising that eventually developers will be able to port Android 4.1 Jelly Bean apps to run on the BlackBerry 10 platform. Right now, BB10 only supports apps for Android 2.3 and earlier.