Asus is introducing its next-generation Padfone, and as you might expect, the new Padfone Infinity has a faster processor and higher resolution display than earlier members of the Padfone family. 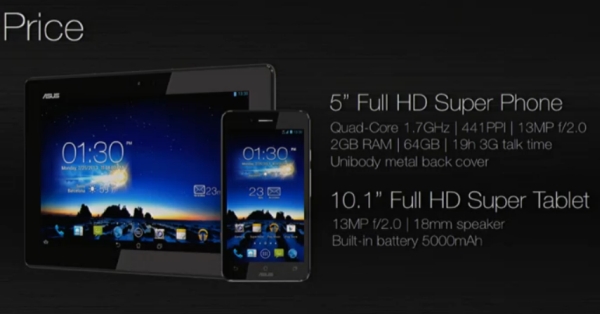 Asus has been blurring the lines between smartphones and tablets for the the past few years with its Padfone line of devices. The Padfone is basically a high-end Android smartphone plus a tablet shell. Slide the phone into the Infinity Station tablet dock, and you can use all the phone’s functions on a larger screen while reaping the benefits of a larger battery.

The advantage to this kind of setup is that you don’t need to synchronize your data between your phone and tablet if your phone is your tablet. All your apps, media, and other files will always be with you.

Asus says the Padfone Infinity has a 441 ppi display, an anti-fingerprint coating, and an aluminum unibody case. It supports NFC, and has a 13MP camera, and a burst mode that lets you shoot up to 100 shots at 8 frames per second. 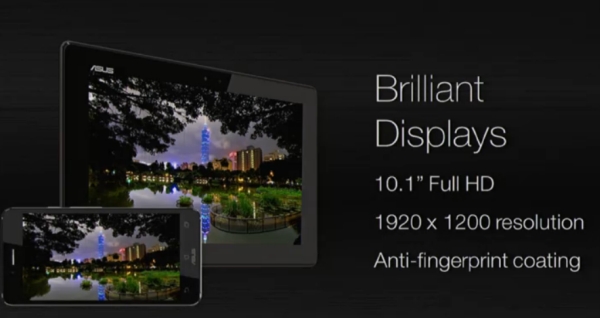 Asus says the Apadfone Infinity will be available for 999 Euros ($1325) starting in April. There are currently no plans to offer the system in the US — but I suspect folks that really want to get their hands on one will be able to pay a pretty penny to pick one up. A handful of stores have been offering earlier Padfone models to US customers for a little while.

2 replies on “Asus Padfone Infinity: A quad-core, 1080p phone that turns into a tablet”