Asus finally gave its new 10 inch budget tablet an official coming out party. The Asus MeMO Pad Smart is the tablet we’ve been calling the ME301T for the past month or so, and it’s expected to go on sale soon for $299.

As expected, the tablet is basically a low cost alternative to the latest Asus Transformer Pad tablets… with similar specs, but an entirely different optional keyboard accessory. 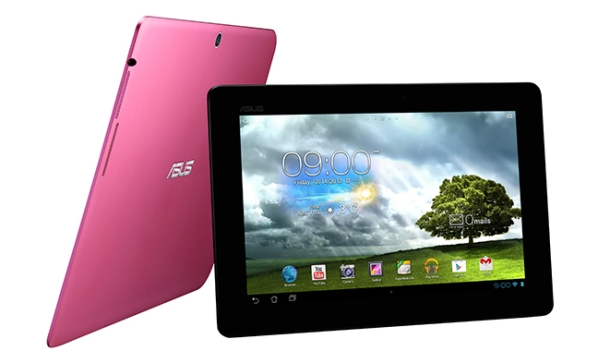 You can pick up a keyboard dock for a Transformer tablet which effectively doubles your battery life and lets you use the tablet like a notebook. But Asus will offer a Folio Key accessory for the MeMO Pad Smart instead.

It’s a screen cover that you can place over the display for protection, or which you can detach and use as a Bluetooth keyboard. It has a built-in stand that lets you prop up the tablet while you’re typing, or if you just want to stand up the MeMO Pad to watch a video or read a recipe.

In other words, it’s a lot like the Type Cover for the Microsoft Surface line of tablets.

Asus is also selling the 10 inch Android tablet in Thailand for about $360.

There’s no word on how much the Folio Key cover will cost in the US, but TechHive reports that it will sell for about 69 Euros ($92) in Hungary. A similar keyboard cover for the Asus VivoTab Smart Windows 8 tablet sells for around $129.