You can download Archos Video Player Free from the Play Store. It does pretty much everything the paid version does, but includes ads on the home and pause screens. 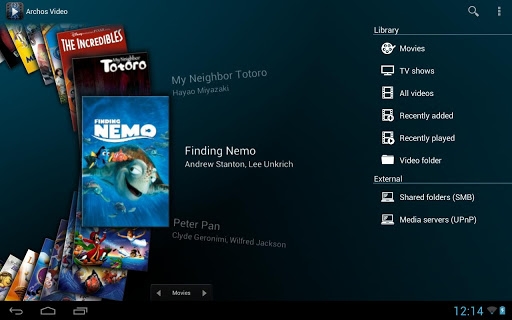 This is basically the same software Archos includes on its own tablets and portable media players, and it offers an attractive user interface for managing and playing movies and TV shows on your device.

Archos Video Player can download subtitles, movie posters, and other information from the internet, and organize TV shows in by season and episode.

The app also supports streaming videos from a shared folder on your home network using SMB or from a UPnP media server.

While the app was originally designed for portable devices, the user interface reminds me of a home theater PC UI, so if you plug your device into a TV (or use an Android TV stick rather than a phone or tablet), the video player should provide a decent full-screen interface. Archos says it also supports keyboard and remote control input.

Unfortunately, while the video player supports many video formats out of the box, if you want to decode MPEG-2 files you’ll need to buy a $5 plugin.