The Zealz GK802 is a tiny PC with a Freescale i.MX6 quad-core processor, 1GB of RAM, and 8GB of storage. It’s designed so that you can plug the stick-sized computer into your TV to surf the web, stream video, and run apps on a big screen.

Out of the box the $100 mini computer runs Google Android 4.0. But it appears the device will also be able to run Ubuntu Linux. 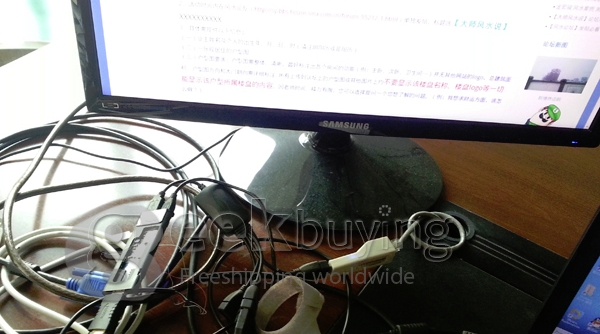 Retailer GeekBuying sells the Zealz GK802, and according to a post on the company blog, the factory that makes the PC-on-a-stick has ported Ubuntu Linux to run on the device.

At this point the software is still in beta, and it’s not yet available to the public. But it’s not surprising that the GK802 can run operating systems beside Android.

Freescale offers quite a bit of documentation for the i.MX6 line of chips, which makes porting software and operating systems to run on devices with this chipset much simpler than doing the same for devices with some other ARM-based processors.

We’ve seen Ubuntu and other Linux-based operating systems ported to similar mini-PCs in the past, including models with Allwinner A10 and Rockchip RK3066 processors. But Freescale offers significantly more support for this sort of thing than most other chip-makers, and this is one of the first projects I’ve heard of where the manufacturer of an Android stick is working to enable support for a desktop Linux operating system.