The makers of the popular XBMC media center app have been making early builds of XBMC available for Android for months. But the official builds don’t support hardware-accelerated video playback on most Android devices — which means you may not be able to play 720p or 1080p video if you use the official builds.

There are workarounds available, but installing and configuring them can be a bit of a pain. Now a group of developers have released an unofficial build of XBMC for Android which makes it easy to play HD video on nearly any Android phone, tablet, or TV stick. 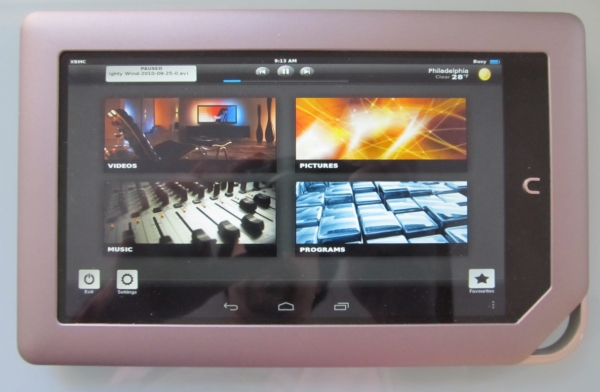 You can find download links and instructions at the xda-developers forum. In a nutshell, what you’re doing is installing a third party media player which does support hardware video decoding, and then installing a custom version of XBMC which uses that media player for video playback.

That way you can use XBMC to manage your media, access online video, play music, view pictures, or just about anything else you might want to do with your media. But when it comes time to actually play a video file, XBMC will hand off the duty to MX Player or the other media player of your choice.

While MX Player is the default option, you can also use MoboPlayer, RockPlayer, DicePlayer, vPlayer, or a few other apps — but you’ll need to change a configuration file manually.

Right now the official XBMC builds are only optimized to handle hardware-accelerated video on devices with Amlogic AM8726 chips, but it’s likely that future builds will add support for other popular ARM-based processors. Until then, this workaround is the next best thing if you’re running one of the many (most) Android devices that don’t have an Amlogic processor.

I took the new build for a test drive on a B&N NOOK Tablet and a Google Nexus 7 today, with mixed results. While the NOOK Tablet did a great job of handing off video playback to MX Player when I tried watching videos stored on a microSD card, the app attempted to play videos using the native player when I was streaming from a shared network drive — which led to choppy playback. 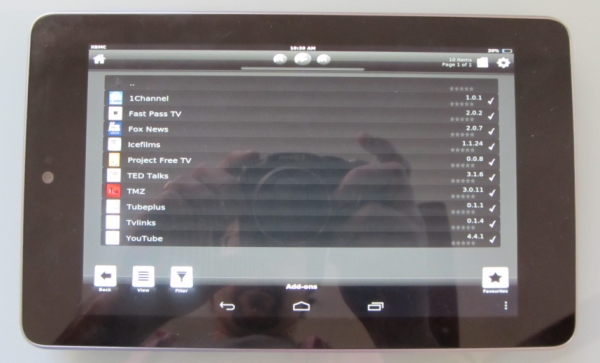 The Nexus 7 didn’t seem to want to stream videos from my shared drive at all, but had no problem handling online video from sites like TED Talks.

The developers have also pre-installed a number of popular add-ons including YouTube, TMZ, Ted Talks, and Icefilms for accessing online video. You can remove any add-ons you don’t expect to use and install your own from any supported XBMC repository.