Samsung is expanding its ultrabook lineup with the new Samsung Series 7 Ultra. It’s a 13.3 inch thin and light laptop with a 1920 x 1080 pixel display with an optional 10-point multitouch screen.

The laptop’s a bit thicker and heavier than the company’s Series 9 ultrabooks (which measures half an inch thick and weigh about 2.5 pounds), but the Series 7 Ultra has another trick up its sleeve: AMD graphics. 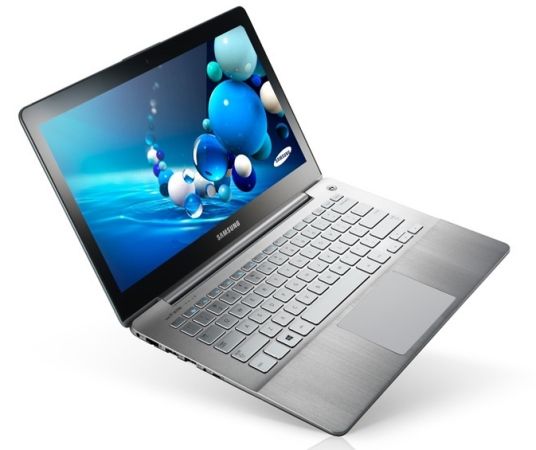 Samsung will offer models with up to an Intel Core i7 processor, up to 16GB of RAM, and up to 256GB of solid state storage. The ultrabook features stereo 2W speakers, AMD Radeon HD 8570M graphics with 1GB of memory, and a 720p webcam.

There are 2 USB 2.0 ports, 1 USB 3.0 port, HDMI, mini VGA, Ethernet, SD card, and headset jacks, and the laptop has a backlit keyboard. Samsung says it should get up to 8 hours of battery life.

While Samsung hasn’t announced the price or launch date for the Series 7 Ultra yet, something tells me this ultraportable notebook isn’t going to come cheap.

The company is also launching a new 15.6 inch laptop called the Samsung Series 7 Chronos which measures 0.8 inches thick, has a 1080p display, up to 11 hours of battery life, and discrete graphics with 2GB of memory. That model weighs in at a hefty 5.2 pounds though.