The Samsung Galaxy S II was one of the most impressive Android phones on the market when it launched. But that was way back in early 2011. Nearly two years later the phone’s processor, screen, and other features look a little dated — but that hasn’t stopped Samsung from bringing the phone back from the dead to give it another shot at glory.

Samsung plans to release a new handset called the Galaxy S II Plus soon. It’s basically the same phone, except it will ship with Android 4.1 Jelly Bean and include a few minor hardware changes. 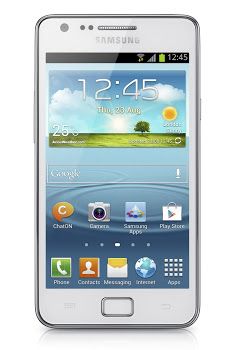 For one thing, the new model will ship with 8GB of storage instead of 16GB. If that doesn’t sound like a “plus” feature, the good news is that the microSD card slot now supports up to 64GB. Original models of the phone could only handle cards up to 32GB in size.

Samsung is also offering optional NFC for mobile payments and other near-field communications.

Samsung hasn’t announced pricing for the new phone yet, but something tells me it will be a budget alternative to top tier devices like the Galaxy S III and Galaxy Note II.

It’s kind of nice to see a phone that doesn’t have a screen the size of an eReader… but it would have been even nicer if Samsung had updated the screen resolution.