Released almost a year ago, the Samsung Galaxy Tab 2 (7.0) tablet is about due for a refresh. With a 7 inch, 1024 x 600 pixel display and a TI OMAP 4 dual core processor, it’s starting to look a little dated next to more powerful machines such as the Google Nexus 7 or the latest Amazon Kindle Fire tablets.

While I suspect Samsung will roll out a more powerful version one of these days, the company’s taking an intermediate step first — and announcing a limited edition Garnet Red Edition Galaxy Tab 2… which comes in red. The rest of the specs remain unchanged, but Samsung is dropping the price to $220 and throwing in a free case. 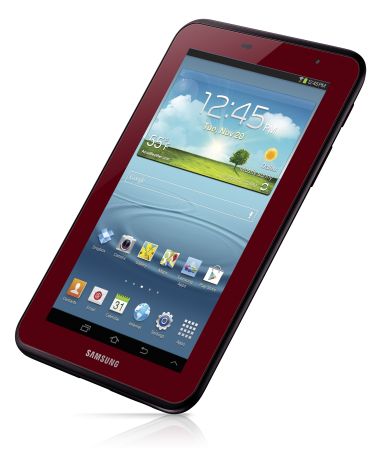 The tablet has a few things going for it that some of its peers lack, including a microSD card slot and a built-in IR port which lets you use the Galaxy Tab 2 as a remote control for your television.

Samsung says the limited edition tablet will be available at retailers including Amazon, Walmart, Office Depot, TigerDirect, and Toys R Us.

Like the less special editions of the tablet, the new Galaxy Tab 2 (7.0) weighs about 12 ounces, measures about 0.4 inches thick, and features WiFi and Bluetooth. It will ship with Android Jelly Bean software. 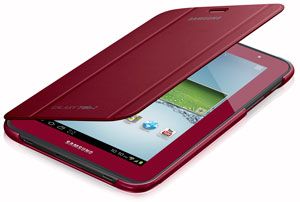