Polaroid’s latest camera may not print your pictures instantly onto tiny photo paper sheets, but the Polaroid iM1836 does have a few other tricks up its sleeve.

The $399 mirrorless camera features changeable lenses, an 18.1MP image sensor, and runs Google Android 4.1, so you can use Android photo apps with your camera, upload your images to Facebook as soon as you snap them, or just play games on your camera when you’re not busy taking pictures. 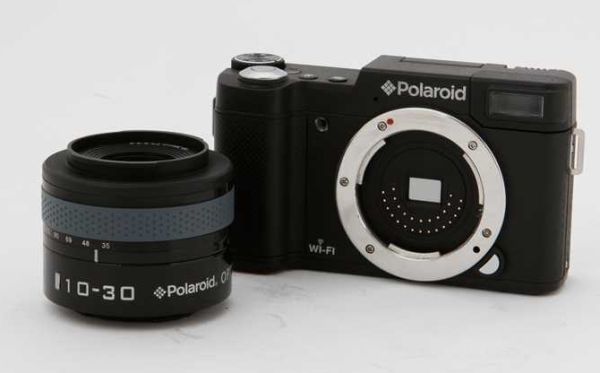 The camera supports WiFi and Bluetooth, has a 3.5 inch touchscreen display, and comes with a 10mm – 30mm lens.

Polaroid isn’t the first company to introduce an Android-powered camera. Samsung and Nikon recently launched their own. But the Polaroid iM1836 may be the most powerful of the bunch… and one of the most affordable too.

The iM1836 isn’t exactly a huge surprise. Last month the specs for the camera were leaked, and aside from the fact that we were expecting an Android 4.0 camera instead of Android 4.1, the leak was pretty accurate. But the price and release date are relatively new — the camera should be available in the first quarter of 2013.

One reply on “Polaroid introduces the iM1836 mirrorless camera with Android”