Earlier this week a developer figured our how to jailbreak a Microsoft Surface RT, allowing the tablet to run unsigned desktop-style apps. Now another developer has put together a tool that makes it relatively easy for anyone to jailbreak a Windows RT tablet or other device. 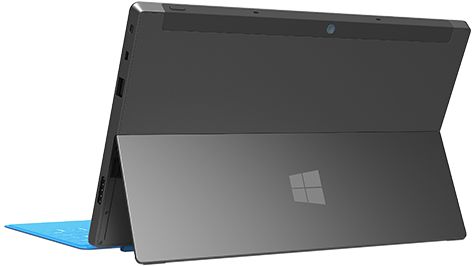 Normally a Windows RT device can only run third party apps if they’re downloaded and installed from the Windows Store, and Microsoft only accepts full-screen Metro-style apps into the Windows Store.

The RT Jailbreak tool lets you install any app that’s coded to run on Windows devices with ARM-based processors. In other words, most older Windows apps won’t work — they only run on computers with x86 processors. But theoretically the new jailbreak could provide incentive for developers to write new desktop-style apps for Windows RT.

One developer has already managed to install virtualization app Bochs, which he used to load up OS X precursor Rhapsody. In other words, he’s running a 15 year old Mac operating system on a brand new Windows RT tablet… probably just because he can.

The jailbreak is tethered — which means you’ll need to run the program again if and when you reboot. But like most other modern tablets, the Surface RT isn’t designed to be rebooted very often. Most of the time you can make do with simply turning off the screen when you’re not using it, and the tablet will shift into low power mode to save battery power.

Microsoft didn’t seem seem to be too concerned about people jailbreaking their devices when the exploit was first discovered — because the procedure was somewhat complicated and required physical access to the device and administrator rights. In other words, you probably wouldn’t visit s website and accidentally click a link that would compromise your Windows RT tablet’s security.

Now that it’s easier to jailbreak Windows RT, I suspect Microsoft will be a little more wary… and the company has already implied that the security vulnerability that enables this jailbreak might not be around by the time the next major update to Windows RT is released

Developer netham45, who put together the RT Jailbreak Tool points out that while Microsoft could block jailbreaking with this method with a software update, users who want to restore that functionality could always just restore an earlier version of Windows from the Surface RT’s recovery partition to re-install a vulnerable version of Windows RT.

There’s no guarantee that future tablets will ship with the same version of Windows RT on the recovery partition though… which could make developing apps for jailbroken Windows RT devices a bit risky, since it’s not clear how many people will be able to continue using them. Last I’d heard, there weren’t an awful lot of Surface RT owners in the wild.