It’s starting to look like 2013 might be Google TV’s year… at least if the companies that make consumer electronics for your home theater system have anything to say about it. While it’s still not clear how much demand there is for smart TVs or set-top-boxes that make your TV smarter (or at least capable of running apps), it seems like everybody and their kid brother has a new Google TV box to sell.

Earlier today Asus announced its new Qube box with Google TV, which should be available this year. If you can’t wait that long, Netgear just launched the NeoTV Prime, a $130 Google TV box which is available starting today. 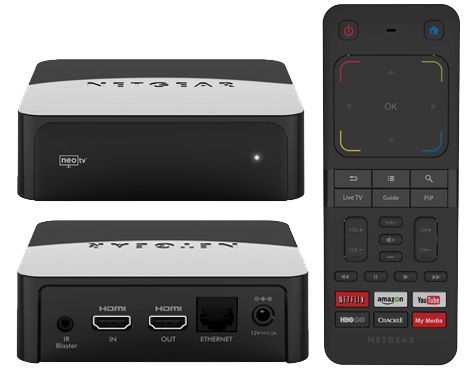 The box features dual HDMI outputs, an Ethernet jack and 802.11n WiFi, support for 1080p HD video playback and 5.1 channel audio, and an IR remote control which appears to have dedicated buttons for online video sites including Netflix, Amazon, YouTube and HBO, in addition to the usual Google TV navigation buttons.