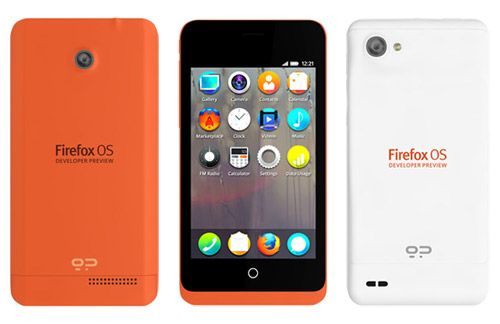 That makes sense, since Firefox OS doesn’t really need bleeding edge hardware. Firefox apps are written in HTML5 and other web languages, so basically all of your apps are web apps designed to run like native apps.

Mozilla is working with Geeksphone and Telefonica on the first developer handset, including a model called the Keon that features:

The phones will be unlocked, allowing developers to use their own SIM cards.

Developers will be able to get their hands on the Keon and Peak preview phones starting in February.

The idea is to provide hardware that will let software makers write and test apps to see how they perform on Firefox OS devices. You can also use the Firefox OS Simulator to test apps in a desktop web browser, but if you really want to know how things run on a phone, the best way is to test them… on a phone.