Rikomagic has given its MK802 III Android mini computer a spec bump and a new name. The MK802 IIIs has the same basic cuts as its predecessor including a dual core Rockchip processor. But the new model also has a new case design, Bluetooth, and an extra USB port, among other things.

The folks at Rikomagic sent me a model to check out, and while it certainly does some things better than the original, the MK802 IIIs isn’t without its problems.

Like other Android mini-computers, the MK802 IIIs is designed to be plugged into a TV or monitor, allowing you to run Android apps on a big screen. You can connect a keyboard, mouse, gamepad, or other accessories and watch movies, stream videos from the internet, play games, surf the web, or check your email.

Unlike earlier models, there’s also a power icon in the taskbar. You can tap it to bring up a shut-down menu which lets you turn off the MK802 IIIs when you’re not using it. That might not sound like a big deal, but if you’re wary of simply pulling the power cable when you want to turn off your device, it’s a nice feature to have. 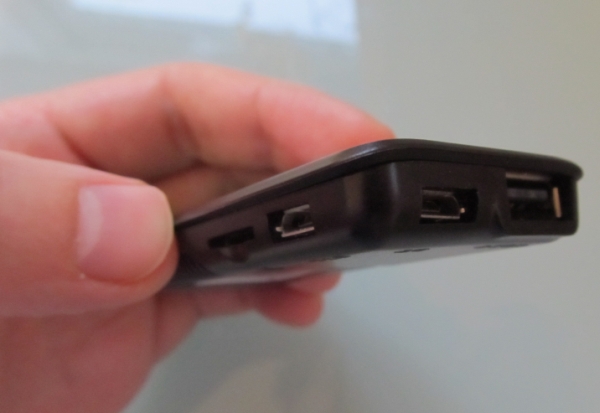 The mini PC comes with the Google Play Store pre-loaded, which should make it easy to download third party apps. Unfortunately in my tests, like many other Android TV sticks, the MK802 IIIs suffers from poor WiFi reception. I had a hard time staying connected to my home WiFi network long enough to load a web page or download an app, let alone to stream a video. 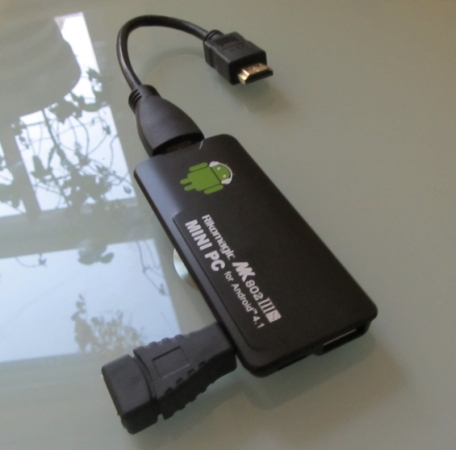 The micro-to-full USB adapter on my test unit was a little finicky, and sometimes I had to pull it out and push it back in again before the device recognized the USB flash drive or mouse that I had inserted. But with a little wiggling, it does work, allowing you to connect two USB peripherals at once without plugging in a USB hub.

I also had no problems sharing files between the MK802 IIIs and my phone using Bluetooth, so that works.

The MK802 IIIs sells for as little as $60 at AliExpress. But for literally a few dollars more you can pick up the Minix Neo G4 from DealExtreme and get a similar device which comes with a remote control, the same processor, and much better WiFi reception.

The Neo G4 doesn’t feature Bluetooth, the extra USB port, or Android 4.1 though. It ships with Android 4.0.

Update: Rikomagic is testing a firmware update which the company says improves WiFi performance and add WiFi hotspot capabilities, but I haven’t had time to test the new software yet.

33 replies on “MK802 IIIs Android Mini PC is a big upgrade in some ways, less so in others”