Lenovo’s latest IdeaCentre computer looks a bit like an all-in-one desktop PC with a touchscreen display. But the Lenovo IdeaCentre Horizon Table PC has another trick up its sleeve: It’s designed to be laid flat on any surface for use as a tabletop computer.

In table mode you can play multi-player games, run Android apps, or do… whatever else it is you might want to do with a computer that can lie on your coffee table. 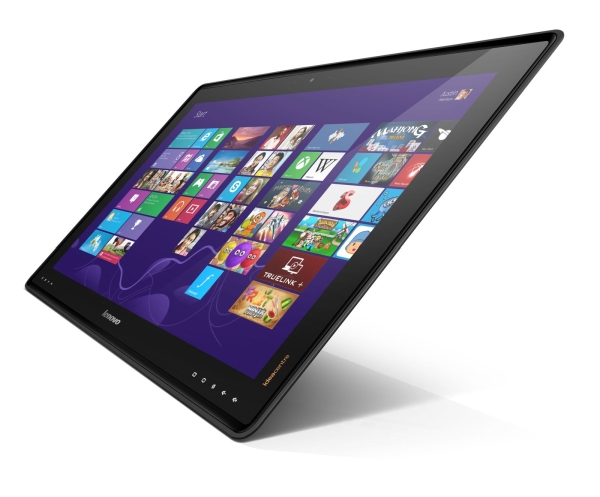 Here’s an overview of what the Horizon offers:

The Horizon measures 1.1 inches thick and weighs 17.8 pounds — it’s clearly not meant to be used in place of a tablet that you take to a coffee shop. It also offers just 2 hours of battery life, so you won’t want to stray too far from the wall jack.

Lenovo will offer an optional Horizon Multimode Table which can be adjusted to let you stand up the computer at a 90 degree angle, lie it flat, or use it anywhere in between.

Lenovo isn’t the first company to blur the lines between a desktop PC and a tablet. The Sony Vaio Tap20 takes a similar approach, but that computer features a 20 inch display while the Lenovo’s model has a massive 27 inch screen.

The IdeaCentre expected to ship this summer for $1699 and up. 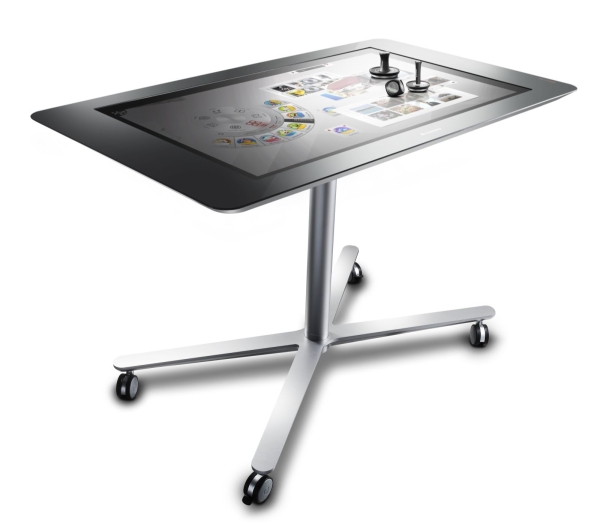 Lenovo is also showing off a 39 inch wide-screen tablet PC code-named the “Gamma,” but the company hasn’t yet decided whether to bring that model to market.