Over the past year we’ve seen dozens of cheap Android TV sticks hit the market. These little USB flash drive-sized devices basically feature the guts of a cheap Android phone including a low-power ARM-based processor, memory, storage, and Android software.

Just plug in a TV and mouse or other input device and you can run Android (or Linux) on a big-screen TV. But there’s a problem with some of these sticks: Many suffer from lousy WiFi performance. 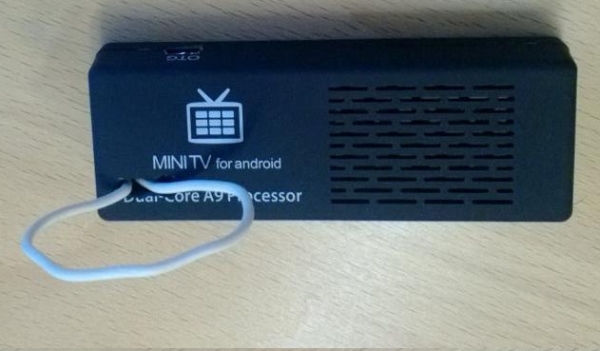 While we’ve seen plenty of Android sticks with reasonably fast processors, support for HD video playback and 3D gaming, there’s only so much you can do with this sort of device if you can’t get a strong wireless signal.

Fortunately there are a few models that seem to have pretty decent WiFi hardware, including the Minix Neo G4. But if you have your heart set on a different model — or already have one, it turns out it’s possible to improve WiFi reception by building your own antenna.

ArmTvTech forum members MaVe_64 and Dero have independently come up with pretty much the same solutions for their MK808 mini PCs. In a nutshell, it involves opening up the case, removing the antenna, and attaching a 12 cm piece of wire to act as an external antenna.

The process involves use of a soldering iron — and if you don’t know what you’re doing you could damage your device. But part of the appeal of these Android TV sticks is that they’re so cheap you might not mind if you break one in the name of science.

This sort of modification might also work on some other models, but any time you start taking a soldering iron to the inside of a computer (whether it costs $50 or $5000), you should proceed with caution.