Coby plans to start shipping its first Android tablets featuring the Google Play Store in the next few months. Up until recently the company’s low-cost tablets weren’t officially Google certified devices, so they shipped with third party app stores such as GetJar instead of Google’s store which offers access to hundreds of thousands of apps.

The new Coby tablets are also the first from the company to feature Amlogic processors, and from what I can tell the new tablets feel a bit zippier than Coby’s 2012 tablets. 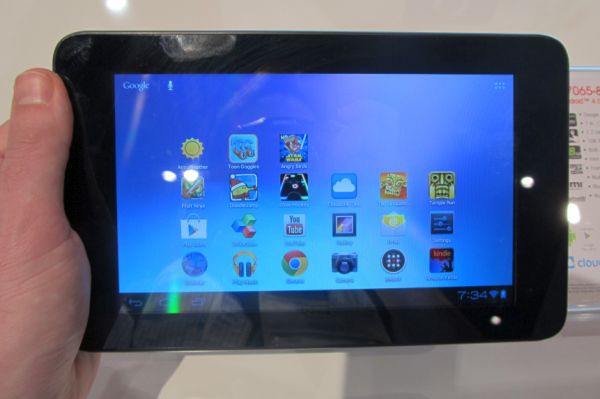 Coby plans to bring at least 4 new models to market, with screen sizes ranging from 7 inches to 10.1 inches. The first to gain Google certification is the 7 inch tablet, which could ship as early as February.

It’s also the cheapest model, with an expected retail price of just about $130.

Only the 10.1 inch tablet will have an IPS display with wide viewing angles. The cheaper tablets all have screens which tend to loose their luster when you tilt them too far away from your eyes.

All 4 models feature 1.2 GHz processors, 1GB of RAM, and 8GB of storage. They also all have WiFi and Bluetooth. The main differences are that the larger models have higher resolution screens and more cameras:

One reply on “Hands-on with Coby’s 2013 tablet lineup”