Coby is introducing its first Google Certified Android tablet. The Coby MID7065 is a 7 inch tablet with a dual-core processor, Android 4.0 software, and full access to the Google Play Store.

Earlier Coby tablets instead shipped with the GetJar app store. 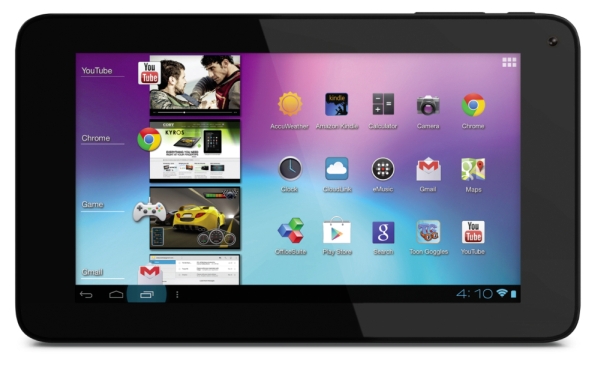 The tablet is powered by a 1.2 GHz Amlogic AM8726-MX dual core CPU and 1GB of RAM. It has 8GB of built-in storage and a microSD card slot which can accommodate up to 32GB more.

There’s a front-facing 0.3MP camera, and the tablet features WiFi and Bluetooth.

In addition to the Google Play Store, the Coby MID7065 will include other Google apps such as YouTube, Google Maps, and the Chrome web browser.

Coby may also have new 8 and 10 inch tablets in the works, but the company hasn’t made any official announcements about those models. Maybe we’ll see them at CES next week.