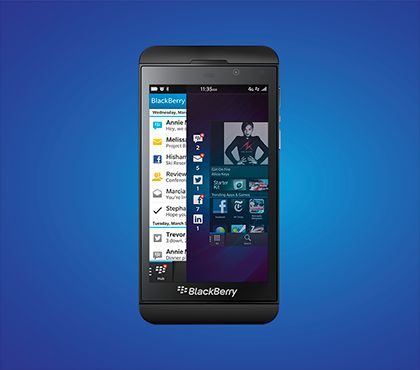 It has an 8MP rear camera, and a 2MP front-facing camera.

BlackBerry says the Z10 will retail for about $150 with a 3-year contract in Canada. Prices will vary by region, and the phone will be available January 31st in the UK, in early February in Canada and the United Arab Emirates. It should hit the US in March.

Meanwhile, the BlackBerry Q10 has a smaller 3.1 inch, 330ppi display — but it has a dual-core processor, a full physical keyboard beneath the screen, which makes it feel more like a traditional BlackBerry smartphone. 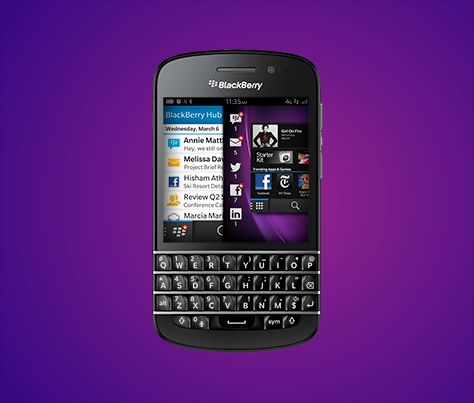 Most modern smartphone makers have left QWERTY keyboards behind — or moved to slide-out keyboards. But continuing to offer a phone with a keyboard is probably a smart move for BlackBerry, since it’s one of the features that’s helped define the company — and dropping it entirely would probably alienated long-time fans (I hear there are still some of those left).

Both phones will run the new BlackBerry 10 software, which is optimized for touch in a way that earlier BlackBerry software never was. The company is emphasizing touch-based gestures including a new “Peek” feature which lets you slide your thumb to preview incoming email messages without exiting you current app — so you can keep playing a video, for instance, while checking your inbox.

The company also put a lot of work into the new on-screen keyboard, which features strong text prediction, among other things, to offer a good typing experience even on a touch-only phone like the BlackBerry Z10. There’s also a new video editor built into BlackBerry 10 called BlackBerry Story Maker.

BlackBerry has a strong reputation for making business-friendly phones, and among other new features in BB10 is something called BlackBerry Balance — which lets users create separate profiles for work and personal use. So you can associate certain apps, data, and other information with your work profile, but maintain your personal contacts, games, and other apps on the same device. 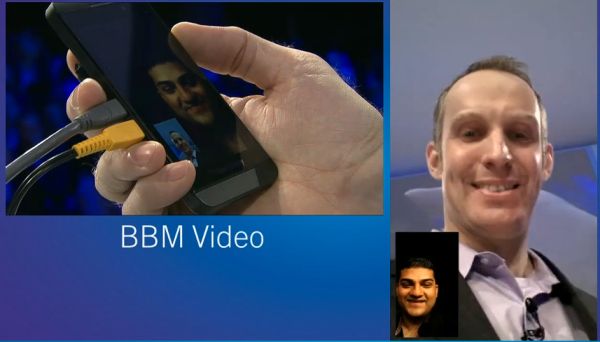 BlackBerry 10 also now offers support for BBM Video and BBM Screen Share, which lets you make video calls using the BlackBerry Messenger service — or share your screen over an internet connection, so you hold a meeting on your phone by making a voice call and letting the person you’re talking to see the same photos, documents, or presentations as you’re looking at on your handset.

5 replies on “BlackBerry introduces the first BB10 phones: The BlackBerry Z10 and Q10”