Looking for a way to run Android apps on your TV, but don’t want to spend a lot of money? DealExtreme is selling an Android TV stick called the U2 for just $20.50. That includes free shipping from Hong Kong to the United States.

Update: The U2 is now listed as “temporarily sold out.” 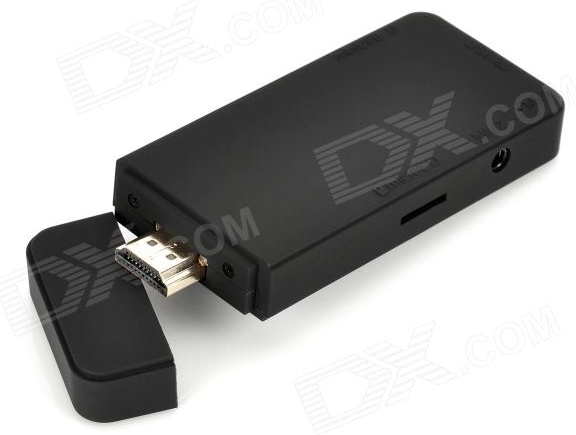 The U2 Mini Android 4.0 Media Player features an Allwinner A10 ARM Cortex-A8 single core processor, 1GB of RAM, and 4GB of storage.

It has a USB 2.0 port on one end, for a keyboard, mouse, or other accessories. On the other end is an HDMI adapter which lets you plug the stick directly into a TV or monitor.

While the U2 isn’t the most powerful mini PC around, it’s certainly one of the cheapest. It also has hardware that’s a lot like that found in the original MK802, which sold for $74 when it launched about 7 months ago.

That means while the device ships with Google Android it should be possible to run alternate operating systems including Ubuntu and Fedora Linux.