As expected, Asus is launching a new low-end Android tablet called the MeMO Pad ME172V. It will be available in select countries (primarily in emerging markets) in the coming weeks. But Asus plans to sell the budget tablet in the US as well, starting in April. 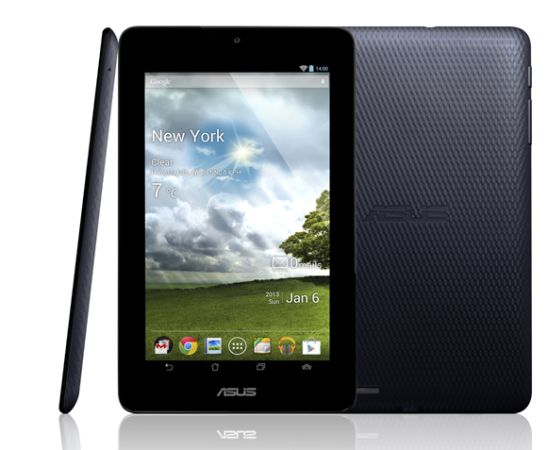 Asus is positioning the ME172V as a low-cost alternative to premium tablets, but one which offers features that may not be available on all budget tablets.

Compared to the $199 Asus Nexus 7 tablet, the ME172V has a slower processor, lower resolution display, and poor viewing angles. But it does support 10-point multitouch, features access to the Google Play Store, and runs Android 4.1 Jelly Bean.

There’s a microUSB port and headset jack, but you won’t find an HDMI port on this tablet. The only advantage it has over the Nexus 7, really, is the microSD card slot.

Honestly, if you have a choice between a Nexus 7 and an ME172V, you get more than your money’s worth if you spend the extra $50 on the Nexus tablet. But if you live in an area where that’s not an option… or if every dollar counts, the Asus MeMO PadME172V is certainly… an option.

It will be available in white, gray, or pink. The US model will support apps that are only available in this region, including Netflix, HBO Go, and Hulu Plus.

7 replies on “Asus launches $149 tablet in emerging markets, coming to America in April”