While the new model has twice as much storage as any iPad that came before, it’s otherwise pretty much the same as the latest iPad with Retina Display models, complete with a 9.7 inch, 2048 x 1536 pixel display, Apple A6 processor, and iOS 6.1 software. 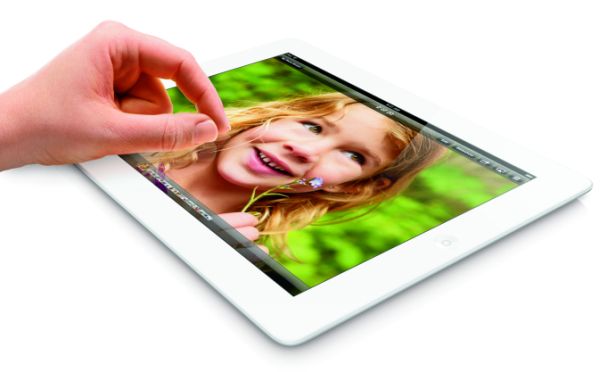 The cheapest iPad is now the iPad mini, at $329, while the cheapest Retina model is the 16GB version which sells for $499.

From there, Apple charges $100 more every time you double the storage. So a 32GB version starts at $599, while a 64GB model starts at $699. In other words, Apple charges the same premium price whether you’re getting an extra 16GB, 32GB, or 64GB of storage. Even if flash storage cost $100 for 64GB (it doesn’t), it’s pretty clear that Apple is overcharging for storage on the cheaper models.

Anyway, odds are most people won’t need the 128GB model anyway. While the extra storage space can come in handy for HD videos and games with high quality graphics designed for Retina displays, 64GB is really more than enough space for most users — because you can keep most of your music, games and other documents and apps in the cloud when you’re not using them and just stream or download them as needed.

Instead, Apple appears to be targeting customers who use iPad tablets for professional purposes, and want to store huge files including 3D CAD files, X-rays, films, and uncompressed music tracks in 24-bit/96 kHz formats.

If you fall into that category, I suppose you might be willing to overpay for storage for the convenience of being able to fit more data on your iPad without deleting or backing up your old files first.

One reply on “Apple launches 128GB iPad for $799 and up, continues tradition of overcharging for storage”