Budget tablet maker E Fun is set to show off its next Android tablet at the Consumer Electronics Show next week. The E Fun Nextbook 7GP is a 7 inch tablet with a dual core processor, HDMI output, and Google Android 4.1. It’s expected to hit the streets in February for $130.

It’s not exactly in the same class of device as the Google Nexus 7, but it’s hard to beat the price… and it’s good to see that even bottom-tier tablets are starting to look not awful. 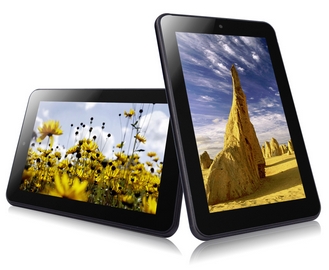 It has front and rear cameras, 802.11b/g/n WiFi, and a microSD card slot for extra storage space.

The tablet is a Google certified device, and E Fun calls it the first tablet in its new “Google Play Series,” which is another way of saying that it will include full access to the Google Play Store, Gmail app, Google Maps, and other Google services.